Apple CEO Steve Jobs took the stage today at the Yerba Buena Center in San Fransisco today to announce the completely-redesigned iPad 2 featuring the dual-core A5 processor, 9 times faster graphics, and using the same power consumption as the A4 processor featured in the first iPad. The iPad 2 is also thinner, at 8.8mm, and weighs 1.3 pounds and will ship March 11. 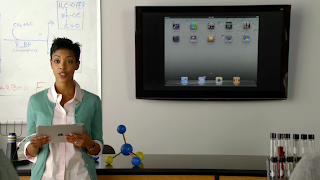 An additional HDTV adapter mirrors exactly what you are doing on your iPad on your HDTV, which will be super useful for presentations and fun for playing games and watching movies in the living room. iPad 2 now features a camera on the front and back (HD) as well as FaceTime to video conference with other iOS devices and other Macs. Pricing will remain the same as with the first iPad (starting at $499 for the Wi-Fi only model). Watch the entire keynote. (Sources: Apple, Electronista, Engadget)
Posted by Brian Hall at 12:18 PM