Microsoft Introduces the Xbox One 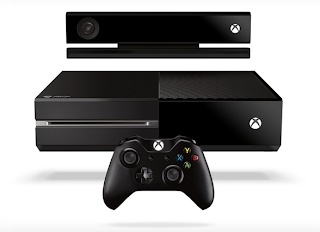 Microsoft unveiled its next generation game and entertainment console today: Xbox One. An interesting change is that even though the Xbox One has a Blu-ray drive, you will only use game discs to install the game once onto your Xbox One. It will be interesting to watch to see how this change affects video game rentals (such as the video game rental services offered through RedBox and GameFly).

The Xbox One features an updated, boxy, yet sleek, design, a new controller, and features an updated Kinect device and voice controls. The Verge reports, "On the hardware side, Microsoft has included 8GB of RAM, a single custom 40-nanometer chip with an 8-core CPU and GPU system-on-a-chip, and a custom 500GB HDD. The system-on-a-chip is made by AMD and Microsoft designed its own HDD in-house."