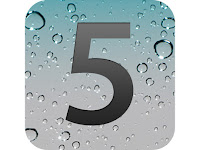 A number of iPhone users are reporting that iOS 5 appears to be draining the iPhone battery way faster than it should (dropping 12% every 30 minutes in some cases), and that the phone is hot to the touch. Indeed my wife and I have experienced extremely short battery life on our iPhone 4S on Sprint. I have also noticed that the iPhone 4S seems to run a little hot. One user suggested that resetting the network settings appears to have helped some (General > Reset > Reset Network Settings). Too bad that fix won't do anything to fix the poor quality of Sprint's network. ZING!

UPDATE #1 (10/29/11): One possible explanation for poor battery life in the iPhone 4S is a bug in a location-based setting that detects your time zone based on your location. The bug causes the iPhone 4S to continually poll cell phone towers to update your location and calculate your time zone. The bug "causes the Setting Time Zone function to keep the location tracking circuitry running constantly, draining battery power considerably." This would also explain why the iPhone 4S feels warmer than it should. It might be worth it to try disabling this setting temporarily, at least until an official fix is available from Apple.

UPDATE #2 (11/3/11): Apple formally acknowledged the iPhone 4S/iOS 5 battery issues and promised a fix within a couple of weeks.
Posted by Brian Hall at 8:36 AM