Lately, when viewing my most recent items in Google Drive, I am seeing a random assortment of photos and videos show up as recently modified even thought I haven't touched them in a long time: 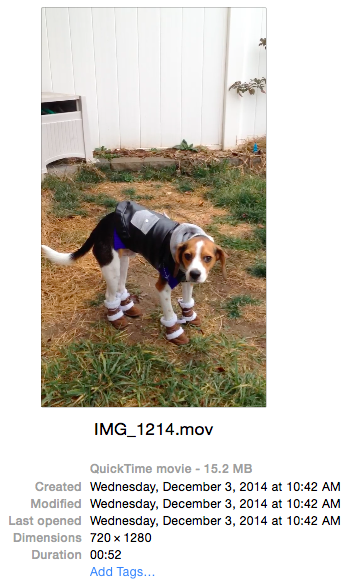 I saw some files that had recently modified times at 1:00 am and 4:00 am, when I know I was not modifying these files. I began to suspect that someone had breached my network and was somehow accessing or modifying my files, but the more I investigated, the more I think that there's something happening on Google's side which is modifying my files, perhaps generating an online preview or something. The strange thing is that the files showing up as recently modified are not even stored in Google Drive.

Here's my setup: I use Picasa to sort and manage all of my photos, which are stored in my Pictures folder on my Mac (/Users/Username/Pictures). I do not use Picasa's Google+ Auto Backup, because I manually choose which folders in Picasa I want to sync to an online album (previously called Picasa Web Albums, now called Google+ Photos). I also use Google Drive on my Mac (/Users/Username/Google Drive). None of the photos and videos in Picasa are being backed up using Google Drive, although Picasa Google+ Auto Backup and manual synchronization of albums in Picasa do share the same Google Drive storage space.

So, if I'm not backing any of these files up using Google Drive, then what is randomly modifying these files and causing them to show up in my most recently modified files when I view my Google Drive files on the web? The only thing I can think is that Google is starting to include photos and videos uploaded through Picasa with the contents of my Google Drive folder. Within Google Drive on the web, there is now a Google Photos menu item on the left, which leads to a Google help article that describes this feature, I also noticed this curious message at the bottom:

So, my conclusion is that this new feature within Google Drive that enables you to view photos and videos backed up via Picasa (Picasa Web Albums/Google+ Photos) is slowly migrating my older photos (remember, they share the same storage space), and including them in my Google Drive view on the web (even though I have not explicitly requested any such action). While I can understand this approach, it is still confusing and a bit alarming to me that random files are showing up as recently modified. I'm counting on Google for reliable, long-term storage of my files, including my precious family photo archive. Whenever anyone else but me touches my photo archive, I get really nervous.
Posted by Brian Hall at 9:46 AM