I recently got a new Mac, and found myself needing to move my Windows 10 Boot Camp partition from my old Mac to the new one. There's a great program called Winclone that can help backup and restore Windows Boot Camp partitions from within OS X. It is $40, but is a worthwhile investment, especially if you don't want to go through the hassle of re-installing and re-configuring Windows.

Although I was able to use Winclone to backup and restore my Windows partition on my new Mac, no matter what I did, I could not get the Windows partition to boot. When restarting my Mac and holding down Option, it would give me the option to select either OS X or Windows, but when selecting Windows, it would immediately boot into OS X, and wouldn't even attempt to start Windows. I re-imaged a few times, but nothing would work. This was perplexing, since I could see a properly formatted NTFS Windows partition from within OS X after restoring the image, and I was even able to browse the contents of the volume. 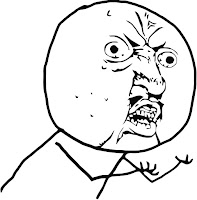 After much back-and-forth with Winclone support (which is great, by the way), a lot of research, and trial and error, I was finally able to get it to work using the following steps:
Perhaps the partition table did not get setup properly when migrating from the old Mac to the new one in my first attempts using Winclone. I believe that going through a plain vanilla install of Windows 10 using the ISO and Boot Camp Assistant properly sets up the partition table and enables you to then restore and boot into the restored Windows image. Hooray for not having to re-install and setup Windows and configure apps and settings again!
Posted by Brian Hall at 4:14 PM