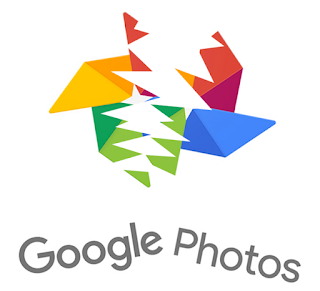 We rely on Google for a lot of things every day which we take for granted, from search, to email, YouTube, online document collaboration and sharing, blogs, custom cloud applications, voice services, apps, domain names, photo management, file backup and syncing, and the list goes on. It is regarding those last two that this post will address. I want to be positive and hopeful about the future of Google Photos/Backup and Sync/Google Drive, but after using these services to backup my family photo library for over a decade, I'm recently starting to have real concerns about the reliability of the service.

It all started right around the time Google decided to discontinue Picasa, a fully featured photo library management app, in favor of Google Photos. The concept makes sense and fits with Google's cloud-based, access-your-stuff-everywhere-and-we'll-use-your-information-to-sell-ads model. I took the plunge, even though I was slightly scared, and trusted Google with my precious, decades-old family photo library. We've since seen a parade of apps come and go on both macOS and Windows: the Google Drive client, the now-discontinued Google Photos Backup app (Desktop Uploader), and now the Backup and Sync app from Google, which promises to keep both our Google Drive files as well as our Google Photos backed up and synchronized across all our devices.
We pay for 100GB of storage for Google Drive and Google Photos, but I upload my photos with the "High quality" setting, which grants you free unlimited storage in Google Photos.

Unfortunately, my recent experience with Google Photos and the Google Backup and Sync app has been a nightmare. The Google Backup and Sync app crashes often on macOS, and randomly deletes files and photos from my Google Drive folder. For example, once every couple of weeks, I find my Trash bin on my MacBook full of files from my Google Photos library or my Google Drive that I never deleted (!). I also see notifications from Backup and Sync saying that some of my files have been deleted on the web, or on another device (something I can confirm that I did not do).

I recently switched computers and had to re-sync all of my photos to Google Photos using Google Backup and Sync. I sync everything in my ~/Pictures folder. It took about a week to "update" all of my photos, and now, a few weeks after Backup and Sync finished updating and syncing, there are many photos that just don't appear in my Google Photos library online. They're simply not there. I can see the photos in my ~/Pictures folder, but for some reason, they're missing online. I have tried searching by the month and year (e.g., "July 2009"), navigating manually through my library on Google Photos online, I've validated the file EXIF metadata, and I've searched by filename, but nothing comes up.

This brings up another very frustrating thing about Google Photos: you apparently can't search by filename.


When I search for a filename of a known picture that is clearly in my Google Photos library, I get no results.


I've made several posts in the Google Photos and Google Drive help forums about the deleted files and the missing photos online, but still no resolution. About the only response I get is from other helpful, well-intentioned community members with generic suggestions that have not helped.

After seeing some of my precious family photos in the trash this week, and not seeing a huge chunk of my synced photos on Google Photos online, I'm now seriously considering switching to another solution completely for backing up my family photo library. I'm considering giving iCloud Photo Library a try, but have been reluctant regarding the reliability of Apple's cloud services. Got any suggestions?
Posted by Brian Hall at 10:24 PM